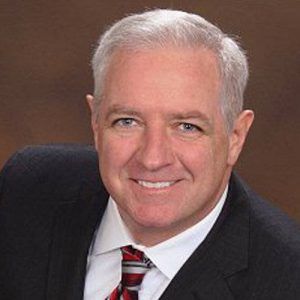 Todd’s trial and appellate practice focuses on commercial litigation, personal injury litigation and insurance coverage disputes. He has an AV rating from Martindale Hubbell, reflecting the highest possible rating in both legal ability and ethical standards as attested to by fellow members of the Bar and the Judiciary. He was also recognized as a “Top Attorney” in the areas of “Corporate and Business Litigation” and “Product Liability Defense” by the South Florida Legal Guide (2020); recognized in SuperLawyers (2021) in the areas of Personal Injury and Product Liability Defense; he received awards for “South Florida Best Product Liability Defense Attorney 2018” and “Appellate Law Firm of the Year 2018” by the US Business News, and he was selected as one of the “Top 100 Personal Injury Attorneys in South Florida” in 2020.  According to CaseMetrix, Todd obtained the 6th largest motor vehicle/trucking accident verdict in the nation in 2020.

Todd has more than two decades of experience representing Fortune 500 companies in pharmaceutical, chemical, and complex-commercial litigation. He has also successfully represented personal-injury plaintiffs in auto accidents, trucking accidents, and accidents involving forklifts and heavy equipment. Todd is licensed to practice in all state and federal courts in Florida, as well as in the Federal Court of Appeals for the Federal Circuit and the Ninth Circuit Court of Appeals. 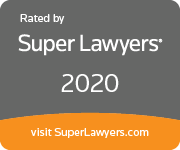 Represented a family of four that was involved in roll-over auto crash against a reckless driver, who had snorted heroin shortly before getting behind the wheel, and against the family’s underinsured motorist carrier. Procured settlements for hundreds-of-thousands of dollars on from the UM carrier, and on behalf of three of the four family members from the intoxicated driver’s insurer, and then tried the mother’s case against the driver in Miami-Dade County Circuit Court. The case was tried in Miami-Dade County despite the fact that the crash occurred in Lee County, and the defendant driver was from Lee County, because we prevailed on an argument that the Texas-based UM Carrier was domiciled in Miami-Dade County for venue purposes. On May 3, 2020, the jury returned a verdict on behalf of Todd’s client, who had undergone arthroscopic surgery on her shoulder and knee as a result of the crash, and who had sustained a minor traumatic brain injury and chronic PTSD, in the amount of $4,662,572.14. The award was broken down as follows: $2,250,000.00 for pain and suffering, $1,037,572.14 for past and future medical expenses, $375,000.00 for lost future earning capacity, and $1,000,000.00 for punitive damages. The defendant’s motions for a new trial and for remittitur were subsequently denied. Todd tried the case along with Christopher M. Drury of Dimond, Kaplan & Rothstein. Read Details About the Vertict.

Represented one of the nation’s largest construction equipment leasing companies, as co-counsel at trial, and as lead counsel in the ensuing appeal, in wrongful death action involving contact with a power line and electrocution while engaged in the use of an aerial work platform on a construction site. Prior to trial, Todd obtained a ruling that an aerial work platform did not constitute a “dangerous instrumentality” for purposes of imposing vicarious liability on Sunbelt and, as a consequence, the trial proceeded against the equipment-leasing company solely on an active negligence count. The result was a defense verdict, which was affirmed on appeal by the Second District Court of Appeal of Florida. See Manning v. Sunbelt Rentals, Inc., 206 So. 3d 705 (Fla. 2d DCA 2016); Manning v. Sunbelt Rentals, Inc., 208 So. 2d 708 (Fla. 2d DCA 2016).

Represented a crane company in a product liability action stemming from a rollover accident caused by a defective crane dolly.  The case was tried in the federal District Court for the District of Arizona in October 2020 and, after a five-day trial, the jury returned a verdict in favor of Todd’s client on both the strict liability and breach of implied warranty counts—awarding nearly $475,468.20 in economic damages.  Todd tried the case along with F. Bryant Blevins of Butler Weimuller Katz Craig, LLP.

Argued East Coast Electric v. Dunn, 979 So. 2d 1018 (Fla. 3d DCA 2008), wherein the Third District affirmed a summary judgment in favor of General Electric Co. in a wrongful death action on causation grounds. The Third District determined that General Electric’s conduct did “not set in motion a chain of events resulting in injuries to the Plaintiffs; it simply provided the occasion for the intervening tortfeasor’s gross negligence.” Id. at 1021.

Argued UV Cite III, LLC v. Deutsche Bank Nat’l Tr. Co., No. 3D16-2341, 2017 WL 1363945 (Fla. 3d DCA 2017), wherein the Third District held that a residential mortgagee could not enforce a collection of rents provision against an investment company who had acquired the property in a separate foreclosure auction. The bank had convinced the trial court that, since foreclosure is generally an equitable proceeding, it could provide the bank with relief against the investment company even though there was no contract between the entities. The Third District disagreed in an important opinion that has been cited frequently in trial court proceedings since April of last year.

Represented the manufacturer of a popular fungicide in numerous product liability suits and in litigation over mass-settlement practices and allegations of spoliation of evidence. In one of these cases, Todd retained and had the late Nobel Prize winner, John Nash, present testimony about an opposing expert’s misapplication of his equilibrium theory and other game theory principles.

Represented the maker of popular prescription acne medication in numerous lawsuits alleging that the medication caused inflammatory bowel disease, depression, and suicidal tendencies. Took dozens, if not hundreds, of depositions of plaintiffs, prescribing physicians, gastroenterologists and other witnesses throughout the country in the inflammatory bowel disease cases. Succeeded in obtaining dismissal of a case alleging that the medication caused a young adult to commit suicide after compelling evidence established that his death was not the result of suicide at all.

Obtained a $1,170,000.00 settlement for a man who fell from the top of a tractor trailer at a recycling facility in western Miami-Dade County, in Viera v. Covanta Dade Renewable Energy, LLC, et al, Miami-Dade County Case No. 16-024269 CA01. He was compelled to climb on top of the trailer in order to remove the tarpaulin because the facility lacked a tarping station, which is standard equipment at similar facilities throughout the country. Drivers frequently climbed on their trucks at that facility, moreover, and at least one other driver had fallen and sustained serious injuries prior to the accident involving Todd’s client.